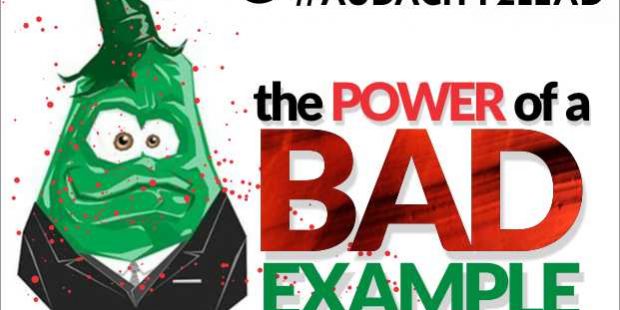 “I don’t want my son to walk with that guy.”

“You are not a good friend.”

Those are statements you probably have heard or said at one time.

Ter is a pack of pranks – and negative ones at that. Ene began to give Ter her attention. Two months down the line, they were together on an affair bed.

Ter has a wife. Ene is a single undergraduate.

That seems to be a regular story you hear all around us right?

I was going to stop a lady from jumping the fence of our church the other day. As I tried to stop her, she looked at me with this expression on her face, “Your church members jump this fence every time, why are you trying to stop me?”

Ancient Roman history tells us theatre is a word that means filming for public viewing.

I read from Shakespeare, “All the world’s a stage. And all the men and women merely players; they have their exit and entrances, and one man in his time plays many parts.”

Everybody influences about as many people in a day consciously or not, that’s because you’re on a stage.

[Tweet “Everybody influences about as many people in a day consciously or not, that’s because you’re on a stage. #Audacity2Lead”]

The part you choose to play is as important as who you play it with. That is why there is power in a bad example.

The entrance of a new relationship into our lives especially as young guys cast a great effect on our life’s general outcomes.

You can’t determine whether the person will be truthful, honest or not, but you can determine how much of an influence the person can have in your life.

I was in a facilitating leadership session in Benue State University the other day, and was asked “What do you do if the leader of your group sets bad example?”

My answer was “Bad example begins with you…”

BAD EXAMPLE BEGINS WITH YOU!

Every bad example brings to you an opportunity to learn something new. You really can maximize a bad example.

Let me show you something I saw the other day…

People are watching us as we stay at our post, alertly, unswervingly … in hard times, tough times, bad times… (2 Cor. 6:4, MSG)

Cancer, I discovered, is another word for an evil influence or corruption spreading uncontrollably.

Using Bible analysis, Saul was a bad example for David as an emerging leader of Israel.

Hophni and Phineas were bad examples for the young and emerging Samuel.

But they seized the moment, took advantage of it and developed thick skin towards evil.

Whatever you see happening in our nation, or in your community now, is just to let you know someone like you can do it right. So take advantage of it and do it something right.

You were born to lead!

And lead you should.

What do you think?